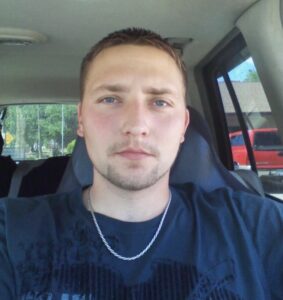 Age 39, of Mt. Morris, passed away on March 5, 2022. To honor his wishes, cremation has taken place. Expressions of sympathy may be shared with the family on Ryan’s tribute page at detroitcremationsociety.com.

Ryan was born on October 23, 1982, in Flint, he is the son of Mr. Randy Freeman and Ms. Cheryl Davis; he was a very loving son, brother, and father. Ryan had a passion for fixing cars, and tinkering; he also enjoyed spending time with his family and friends, fishing, camping, and being outdoors enjoying nature. He could accomplish anything he set his mind to-one of his greatest accomplishments was receiving his High School Equivalency Diploma in 2001. He was known for making the best out of a bad situation, he will always be loved, never forgotten, and forever missed by those who knew him.

Left to cherish his memory are his daughter, Summer Yeager, two sons: Jorden, and Ryder Freeman; mother, Cheryl Davis; and his sister, Katrina Freeman; and many other family members and friends.