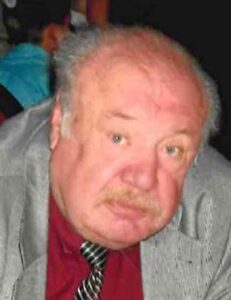 Joe David Fly, of Grand Blanc, Michigan, formerly of Lockport, NY, died after a long illness on November 16,2021, age 75. To honor his wishes, a cremation has taken place. Expressions of sympathy may be shared with the family on Joe’s Tribute Wall at detroitcremationsociety.com.

Mr. Fly was a Veteran of the Vietnam war having served in the Air Force. He was employed as a Veterans Administration Benefits Counselor for 25 years, retiring in 1999.

Since his father served for 20 years in the Air Force, Joe spent his youth living on military bases. He graduated from Lakenheath American High School in England. On January 6th, 1968 he married Janice L. Nicholson of Lockport, NY. He was also a graduate of Buffalo State College.

Joe was a drummer and played in several local bands. He was a member and served on the Board for the Lockport Musicians Union. He was also a member of the American Legion Post and the VFW. Joe was a long-time member of Christ Episcopal Church.

Mr. Fly was predeceased by his parents, Joe and Gladys Fly.

Graveside services will be held at a later date at the Great Lakes Veterans Cemetery in Holly, Michigan.