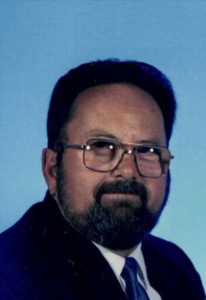 Age 87, of Grand Blanc, passed away on January 9, 2023. In accordance with his wishes, cremation has taken place. A Memorial Mass will be held on Saturday, March 11, 2023, at 10:00 am, at Holy Family Catholic Church, 11804 South Saginaw Street, Grand Blanc, Michigan 48439. Howard will be laid to rest at Great Lakes National Cemetery on a later date that has yet to be determined. Expressions of sympathy and memories may be shared with the family on Howard’s Tribute Wall at detroitcremationsociety.com.

Howard Joseph DeGrouchy was born on September 4, 1935, in Detroit, Michigan, the son of Mr. and Mrs. William and Elizabeth (McKenna) DeGrouchy. He served in the U. S. Navy on the USS Bennington aircraft carrier for four years and was also enlisted in the reserves after his discharge from active duty. After the Navy, he was employed as a Quality Control Engineer for the Chrysler Corporation. Early in Howard’s career, he was proud to be selected as a team member for the exciting and experimental project of the Chrysler Turbine Car. Later in his career, he was instrumental in implementing a process of Quality Engineers working closely with purchasing and vendors to prevent and resolve quality issues and improve overall vehicle performance. He retired after 33 years of service with Marie to Houghton Lake, Michigan where they built a new home. He loved to be on the water fishing. They also loved to travel with their camper, often camping with a group of friends. For many years, Howard and Marie would spend the winters in their second home in Inverness, Florida. They moved to the Grand Reserves community in Grand Blanc, Michigan in 2014 where Marie still resides. Howard was always “Mister-Fix-It” even when it wasn’t broken. He had a mechanical instinct for how things worked and could pretty much figure out how to fix anything.