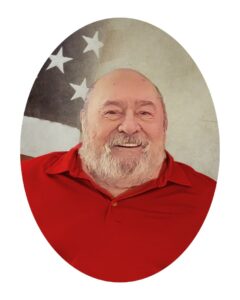 Elden “Al” Albert Sylvester 83, passed away peacefully surrounded by his children on March 27, 2022. Al lived in Saginaw, he was born in Alpena, Michigan to Albert Joseph Sylvester and Esther (Tober) Sylvester on July 8, 1938.

Alpena class of 1955, Al was an outstanding gymnast, earning him a college scholarship. He chose to proudly serve our country in the United States Air Force.

Al made friends easily everywhere he went with his life-loving attitude and sense of humor. Many will miss his never-ending supply of funny jokes and sayings. To some he was “Big Al”, but to others, he was lovingly known as “Papa”. He had a rewarding career as a commercial carpenter, always willing to use his skills to help others.

To honor his wishes, those desiring may direct memorial contributions to Disabled American Veterans. Expressions of sympathy may be shared with the family on Elden’s Tribute Wall at detroitcremationsociety.com.

A ceremony will be held at 2:00 pm on Friday, July 8, 2022, at Great Lakes National Cemetery with Military Honors. A celebration of his life will immediately follow at the American Legion Post #149 at 408 S. Saginaw Street, Holly, Michigan.

Al’s obituary was lovingly written by his family.