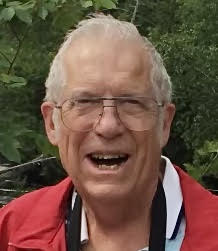 Edward Frank Meier, age 88, of Grand Blanc, passed away at McLaren-Flint, on Saturday, November 27, 2021. To honor his wishes, cremation has taken place. Memorial contributions can be considered to Byron Alumni Association (Michigan). Expressions of sympathy may be shared with the family on Edward’s Tribute Wall at detroitcremationsociety.com.

Edward Frank Meier was born on March 25, 1933, in Byron, the son of Mr. and Mrs. Howard and Grace (Hathaway) Meier. The foundation of their family, Edward was a good provider and a wonderful father. Edward worked as an Aerospace Engineer, working for Westinghouse for 37 years.

A leader, teacher, and mentor, Edward was a Boy Scout leader for many years; impacting the lives of many young men. A lifelong tennis player, Edward also loved to work outside, especially tending to his garden.

Edward was preceded in death by his parents; and brother; Howard.