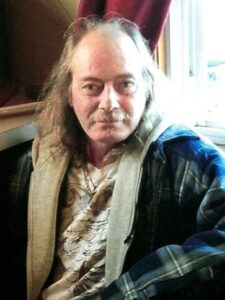 Age 62, of Flint, passed away on December 27, 2022, at his residence. David’s family will be present to receive friends from 2:00 pm to 4:00 pm on Saturday, January 7, 2023, at Detroit Cremation Society, 8253 S. Saginaw St. Grand Blanc, Michigan 48439. In accordance with David’s wishes, cremation will take place. Memorial donations may be considered to the family for funeral expenses. Expressions of sympathy may be shared with the family on David’s Tribute Wall at detroitcremationsociety.com.

David Allen Cooper was born on October 15, 1960, in Flint, Michigan, the son of Mr. and Mrs. Arlie Cooper and Nancy (Coleman) Cooper. David loved to spend time with his family and friends. He enjoyed snowmobiling, fishing, remodeling houses, and all types of crafting. He was loved by many and will be missed dearly.

David was preceded in death by his son; Dustin Cooper, his father; Arlie Cooper, his sister; Kimberly, his grandparents, step-father, and many more family and friends.