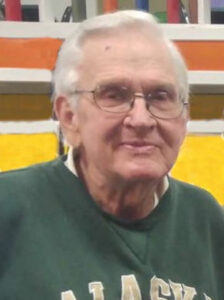 Dale was born April 12, 1935, in Swartz Creek, to the late Mr. and Mrs. Edward Theodore and Mary Emmaline (Leighton) Seltzer. He married Lois Burns on August 27, 1955, in Millington. In his free time, Dale enjoyed bowling, golfing, and blooper ball. He worked as a carpenter for many years.

Dale was preceded in death by his parents, four brothers, and four sisters.